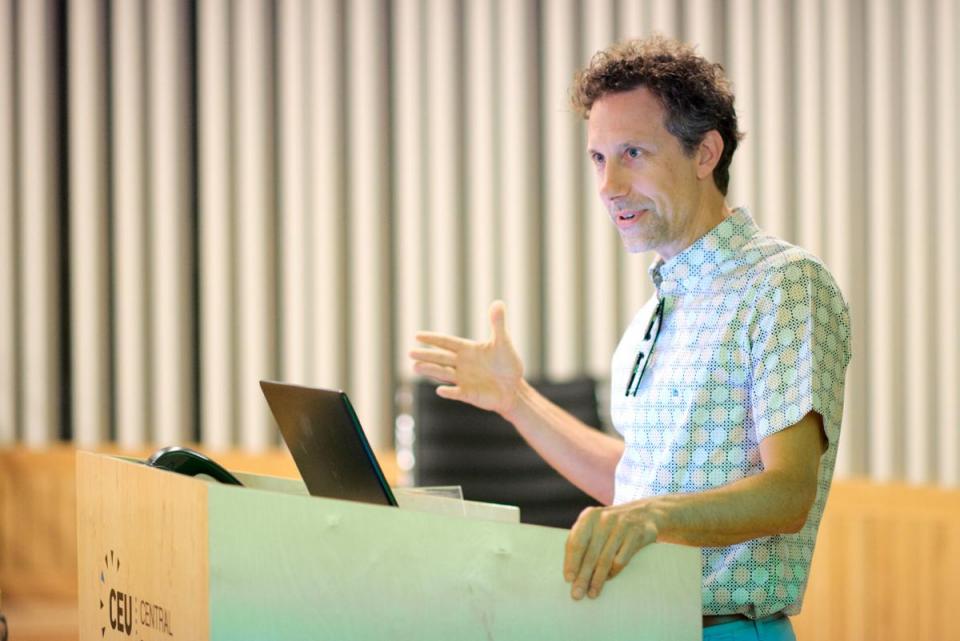 As a core team member of the Visual Studies Platform, he has been involved in the development of innovative new degree programs with a media production component, such the Visual Theory and Practice Advanced Certificate, and the BA in Culture, Politics & Society. He regularly hosts events such as screenings of student work, practical workshops, and screenings and presentations by visiting filmmakers.

Prior to joining CEU in February, 2016, Jeremy spent 15 years teaching filmmaking at the University level in the US, most recently as an Associate Professor and Department Chair at Point Park University in Pittsburgh, PA.

As a filmmaker, his short films have played in film festivals around the US and received a number of awards.  His freelance work includes projects as a Director on documentary, educational & promotional videos, as an Assistant Director on a variety of projects including short and feature films, and in the 1990's he worked as an actor and television personality in Budapest. He received his MFA in Film & Video from Columbia College Chicago. He is originally from Chesterfield, Mo.