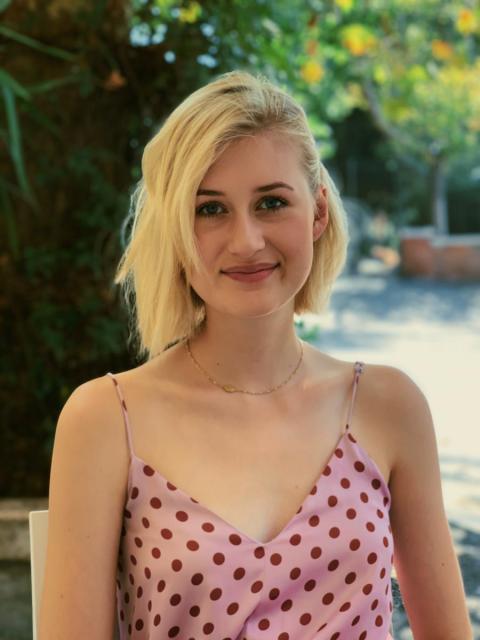 Amelia Gorman, a first-year BA student in the Culture, Politics and Society Program was recognized for her submission to the CEU Inspired Campaign Volume Nr. 2 creative contest. Amelia entered her poem, “Watching the News All Day,” in the contest. The most recent iteration of the campaign called for submissions of photo essays and writings on the topic of resilience.

Amelia described the inspiration for her work on resilience, sharing: "I wrote this poem after the January 6th Capitol riot. I was completely overwhelmed and upset about what had happened. It felt like the culmination of a terrible year, but it taught me how to hang on to those things that make me brave, even when the world feels like it is ending."

WATCHING THE NEWS ALL DAY

okay, so.
if I had to explain this to you
I don’t know if I could.

I didn’t know I was being brave.

he told me later that I was
treated me like some shining muse
when all I did
was make a grocery list and cry
and then watch the news
for the rest of the day.

I honestly thought the world was ending.

I’m aware that sounds funny now
now that everything has gone on,
business as unusual.
I said that it was
the beginning of life as we don’t know it.
while he seemed slightly amused,
he didn’t laugh.

and here I am, glued to the news all day.

I never did make it to the grocery store.

there were people
trampling upon ground made sacred
by our youthful touch
our ground
it was so tarnished on that day,
some little part of me died
with each unholy footstep

that so easily fell upon once
(and still)
invaluable floors.
all I could do was think about all the things
I would buy at the grocery store
and then cry when the thought occurred
that I might never make it there.

still, he called me brave.
do you understand why it’s really hard
to explain this to you?

on the day I couldn’t stop watching the news
the day I remembered my own
tarnished significance to the world
the day he called me brave.

In addition to her poem being shared throughout the CEU community as recognition for being a contest winner, Amelia will also be eligible to participate in a Community Engagement Office or Culture Hub workshop.