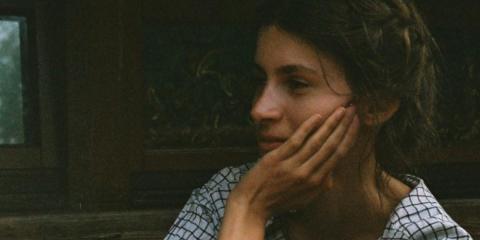 Marianna Wicha is in her first semester of Central European University’s (CEU) BA program in Culture, Politics and Society. She is keen to develop her understanding of the modern world, and her interest in how culture plays a critical role in preserving truth can be seen in her passion for theater. Wicha directed a production of Anton Chekhov's "The Seagull" at the School Theatre Festival, which was later performed at the Ochota Theatre in Warsaw, Poland. Wicha has also been a member of her local Amnesty International group, as well as a participant in the Y-FED Model European Federation and Climate Youth Strike through Fridays For Future Warsaw.

We spoke to her on the occasion of her 2020 Presidential Scholar Award. This is an edited interview conducted on October 21, 2020.

What does this honor mean for you?

It means a lot for both me and my family and provides really important financial support. I was grateful to be offered this opportunity which makes a significant impact.

I first learned about CEU from my father and started reading more about the University. I'm now studying in the Culture, Politics and Society BA program, and when I found this course of studies, I thought it was perfect for me. I was quite surprised to find this particular combination of fields. Also, the idea of studying in Vienna was truly appealing as I had studied German in school. I think it's a beautiful city and it's not so far from Warsaw, where I am from. Finally, I admire the idea that is strong at CEU, of using the social sciences to build an open society. It’s important that it's not an academy bubble, but that the university does real engagement.

What have your first months in the BA program been like?

I feel like we are studying very interesting topics and I'm meeting exciting people. We've had both in person and online classes so far and I'm enjoying it very much. I have the feeling that I’m really broadening my perspectives. While I'm mostly focused on studying right now, I would like to find additional community engagement here in Vienna. For example, I was recently reading a United Nations report about the environment and would like to get more involved in service to help prevent climate change.

What was the response by those around you when you shared the news of your award?

The award was a wonderful surprise. My family was happy to learn about it and they were quite proud of me.

I’ve always really loved theater and in high school we had a theater festival every year for which each class produces their own production. For two years in a row I was the director of our play and it was amazing. I really enjoyed doing it. It seeded an idea about possibly becoming a director in the future. First, however, I want to study in the humanities to help me define decisions about going into culture.

The Presidential Scholars Fund was established by CEU Rector Michael Ignatieff and his wife Zsuzsanna Zsohar. It supports four Presidential Graduate Research Awards for exceptional Master's and Doctoral students whose research shows promise for the next generation. The Fund also awards two scholarships per year to incoming bachelor's students demonstrating exceptional academic credentials and leadership promise. Bringing the graduate and undergraduate scholars together, the Rector hosts an annual dinner for the Scholars and meets with them regularly throughout the year.